Home / Uncategorised / The Wedding of Lisa and Sid

The Wedding of Lisa and Sid 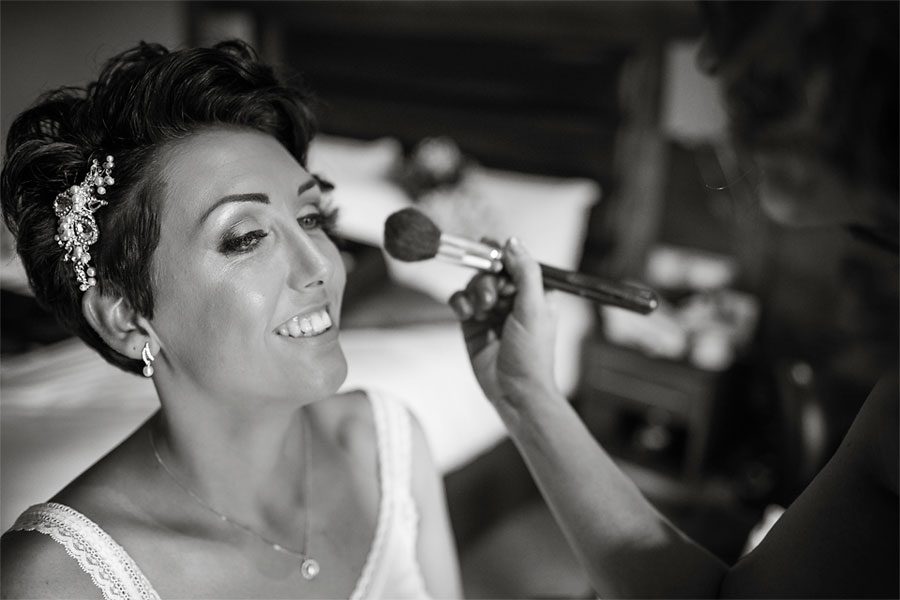 The wedding was held at The Thornton Hall Hotel in the Wirral in April, they had floral table displays using cake stands with a dusty pink and grey theme. Singing waiters entertained the the guests during the meal and in the evening they had casino tables and rat pack songs.

Favours were donations to Cancer Research as Lisa sadly lost her mother to ovarian cancer 6 years ago. She remembered her mother on day by having a picture of her worked into her bouquet.

I’m a freelance wedding photographer based in Manchester but covering the whole of the UK. My love affair with making things look interesting in a box started when I worked in TV. I fell in love with photography by using old film cameras and experimenting with old films and processing techniques. I Love music, going to gigs, gardening, watching gardeners world, drinking Jack Daniels and taking pictures! I love getting involved in peoples special days and sharing in peoples happiness even for a just a day makes all the hard work worthwhile. My style is bright, clean and modern and I love nothing more than getting my camera out and injecting a bit of fun and personality into all my shoots and images I create.

Over to the Bride Lisa…

I met Sid in a club in Warrington ten years ago. He kept asking me to go on a date and I kept cancelling, he persisted for weeks later so I thought he was worth a chance!

The proposal happened actually when I was least expecting it. I’d not long lost my mum and I think he wanted to take my mind of things and just said to me one day I’ve got you a surprise but you can’t have it yet, this went on for a week or so then one night my dad rang and asked if I had anything to tell him. I thought was a bit odd but never thought any more of it the the next day when I got in from work there was a few post it notes with instructions on for a treasure hunt around the house. The last one was under the pillow on the bed and there was a ring box, then he sat next to me and just asked if I would marry him. He’s very sweet.

The best part of the wedding day would have to be the singing waiters and seeing everyone’s reaction and everyone having a good time.

To choose my wedding dress I went to several shows near and far and the dresses I had in mind looked awful, so gave up. Then a few weeks later went to Pure Bride in Lymm and as soon as I tried it I loved it. The bridesmaid dresses where tricky as I had my two best friends but they liked completely different styles and had different body hang ups, so after a few unsuccessful trips to bridal shops I gave up and went out and picked them myself. I then suprised the girls with them and thankfully they went down well. I chose the florist after coming across her work on Facebook and when I met her and described what I wanted she did a sample piece and it was fab.The theme was based around vintage lace and pearls we chose it as it is just what we like, suttle and a bit different to the usual table decorations and chair covers that you see. I used pintrest a lot for inspiration and then based my ideas around things I’d seen on there.