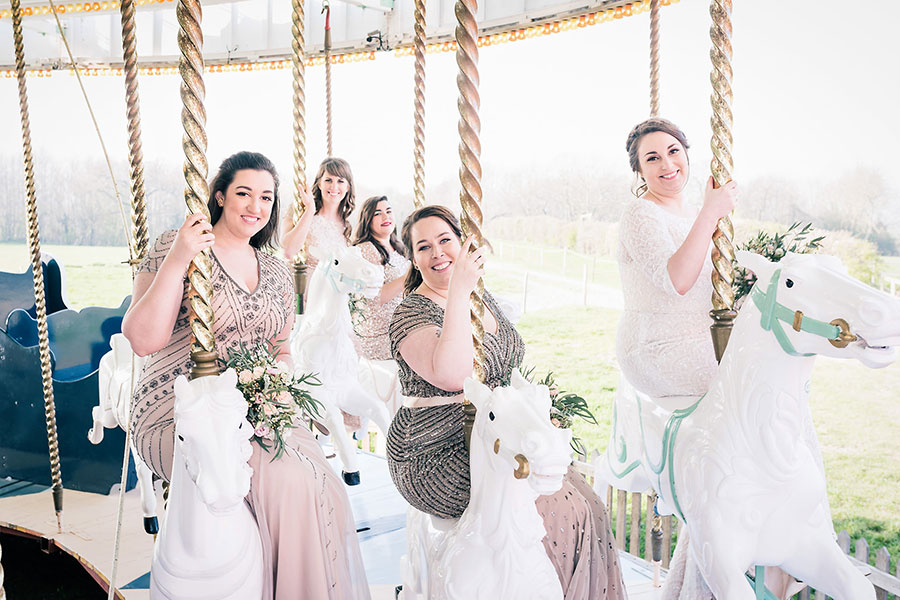 We feature the beautiful wedding of Kiki and Josh who got married at Preston Court in Kent on 27th March 2017. Their special day was captured by wedding photographer Howling Basset Photography.

Kiki is American and she and Josh met whilst they both worked in Camp USA.They’d been carrying on a long distance relationship for many years and they had both worked at the camps many times; Josh was ribbed mercilessly about this during his best-men’s speech which was more of an actual roasting.

The day started with the preparations of both bride and groom and their entourages at the Bell Hotel in Sandwich. Kiki’s bridesmaids were all American so the preps were a lot of fun. After the preparations it was just a short drive down to the stunning Preston Court, just outside Canterbury. It’s truly one of my favourite venues to shoot, it just has is much scope. There’s an island, a wrought iron gazebo, a bridge, a grand home, a pond, a tithe barn, a gypsy caravan, a carousel.

The ceremony itself is actually conducted on the island under the gazebo, with just room for a few family members. The remaining guests gather on the “mainland” so to speak, it’s only 6 feet across the water but hey its still an island.
I tend to shoot the group shots first so I shot those on the banks of the pond with the glaring sun behind the guests, don’t want anyone squinting and just used flash as a fill-in. The main bulk of the guests headed off to the bar area and I shot the bridal party and then finally the couple themselves. After covering the speeches and after the meal I took them back out for some more couple shots in the better light of “golden hour”

Josh comes from a Jewish family so the dancing was frantic, mad and involved a couple of chairs … great stuff!

I’ve seen a photographer since 1988, always working on the social and people side. Starting as a cruiseship photographer, even on the QE2 for a few years. Photographers assistant in New York, Butlins Photographer and even for the daily newspapers. Started shooting weddings on film for National and Kodak weddings and after a gap as a Senior Graphic Designer I went back to photography in 2003 to form Howling Basset. I’ve now shot over 1,000 weddings! Style wise I really don’t have one in particular, I dip in and out of all of them during a wedding shoot.