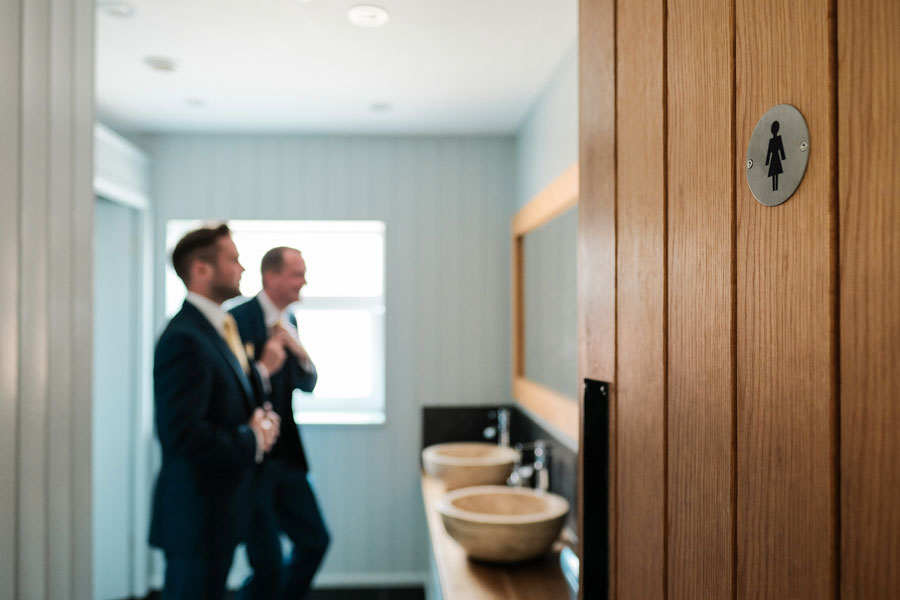 A new year and a new collection. This year we have a little change, each month we have a topic or theme and this month it is all about funny and fun wedding photos.

29 fun weddings photos from our members, relaxed fun photos are certainly the best. 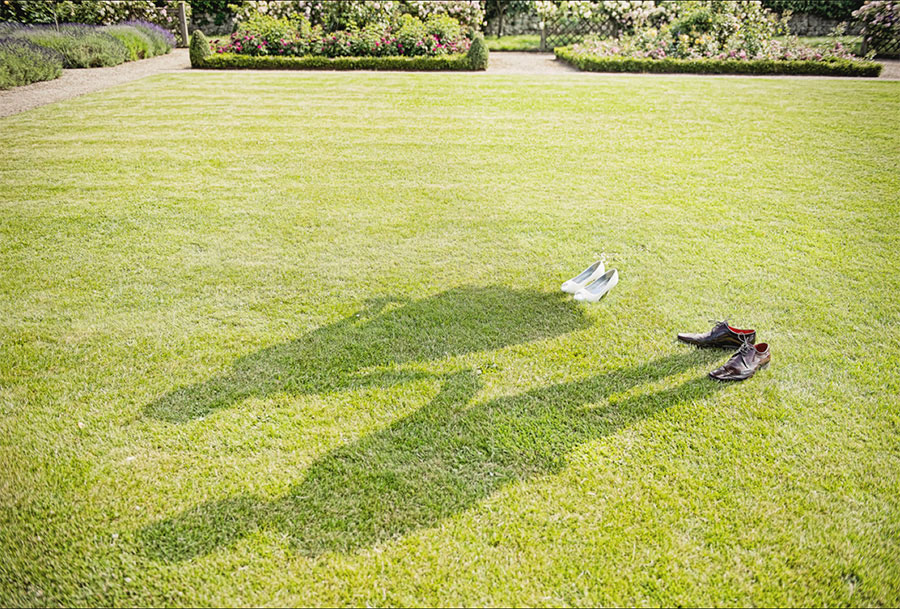 Photo by Tim Simpson Photography – I had this idea on the way to Francesca and Alex’s Wedding at the Walled Garden in Cowdray, I like to have a few different shots in mind when I go into a shoot. There was a single tree in a field casting a shadow and I imagined what it would look like if I photoshopped the tree out, this shot was a progression of that thought. I’ve tried to do it again couple of times but the length of the shadow has always been wrong. I was lucky to nail it the first time I tried it really. 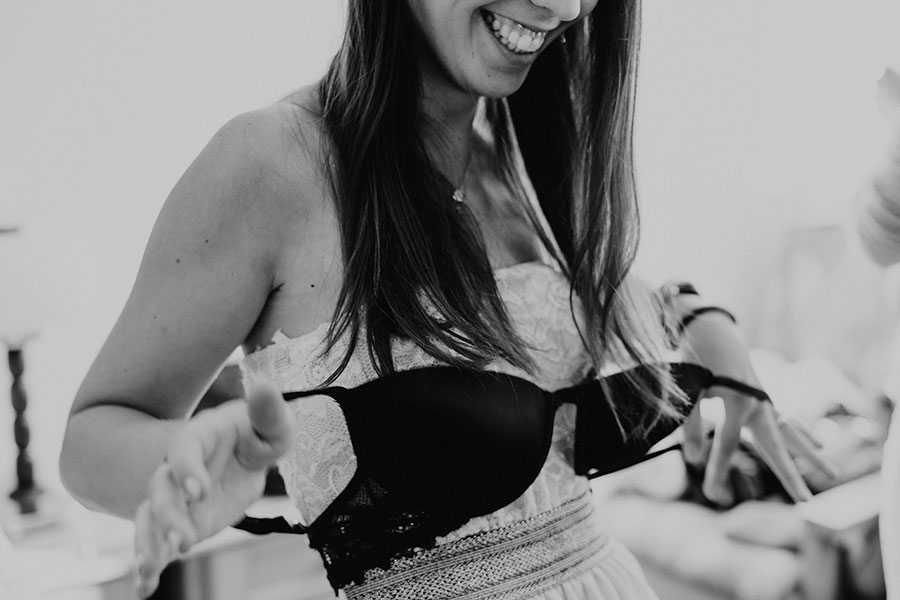 Photo by Pavel Dufek – When wedding preparations, when I photographed the bride. Friend of the bride arrived and began to prepare well. It was just a moment. 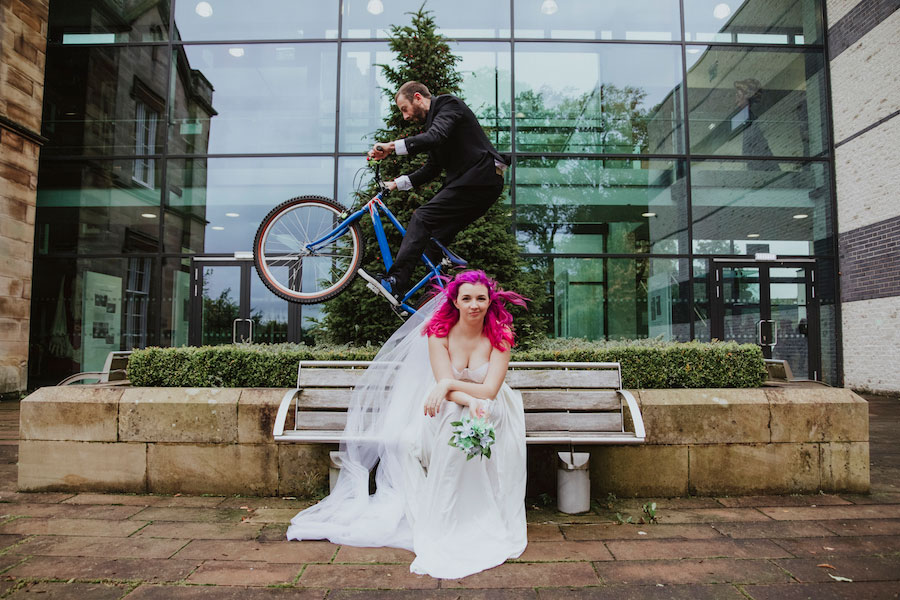 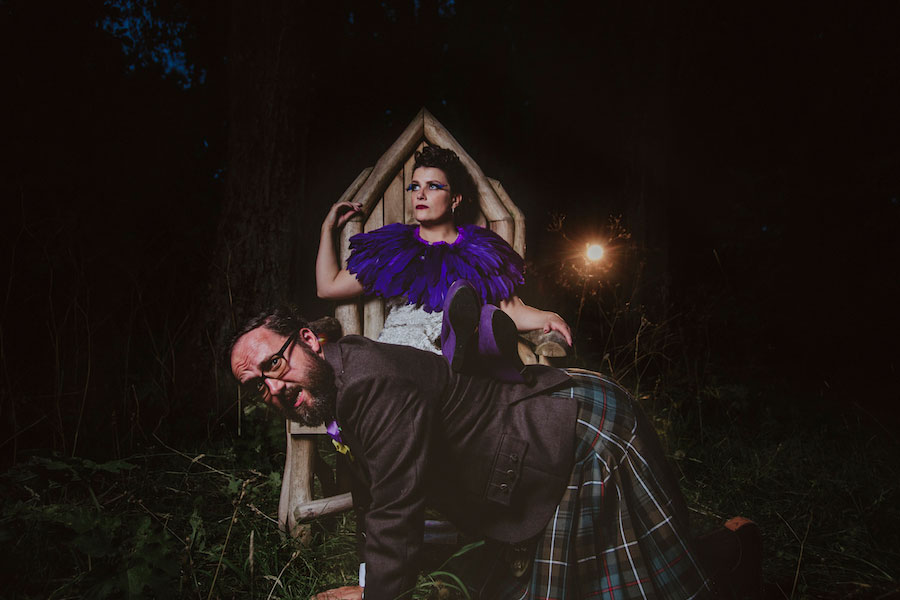 Whatever floats your boat

Photo by Joshua Wyborn Photographic – I love this couple! Jon and Steph are a huge hoot! All I did was show them a cool chair and my lighting set up and asked them to do whatever they wanted… this is what happened. Possibly my fave shot of the year… 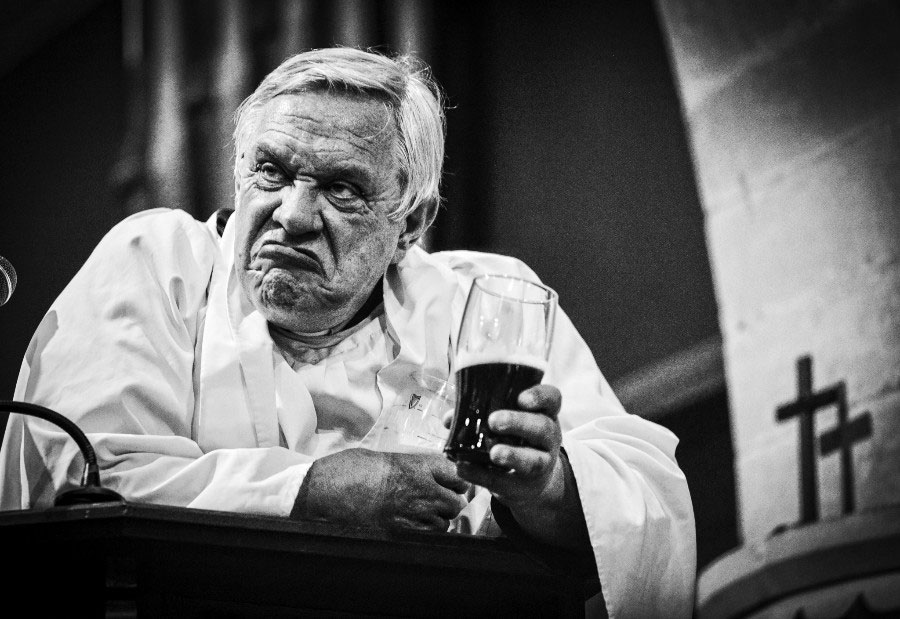 Photo by Jason Pierce-Williams – This was just a gift. This vicar was one of the funniest, gentlest, maddest Nd most enlightened men I’ve ever met. Totally larger than life. Half way through his sermon he produces two full pints of Guinness to the stunned astonishment of the congregation and launched into the “Glass half empty/full” analogy for pessimism V optimism. Here we are him in full, over the top flow explaining the negative side of this well known metaphor. It was such a lovely change from what can often be one of the more dull episodes at a church wedding. And a good excuse for this gentleman to mix business with pleasure! 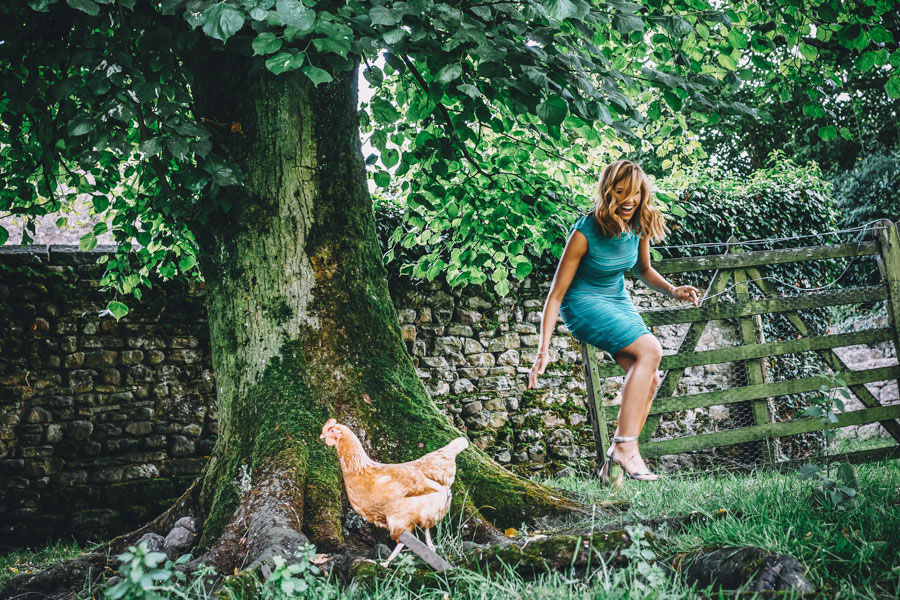 Photo by John Steel – This was a very fun wedding. There were already lots of games going on like croquet, outdoor darts and Jenga. However, this girl decided that she would create her own game “chase the chicken”. You’ll be pleased to know that she never did catch the chicken but it was fun watching. 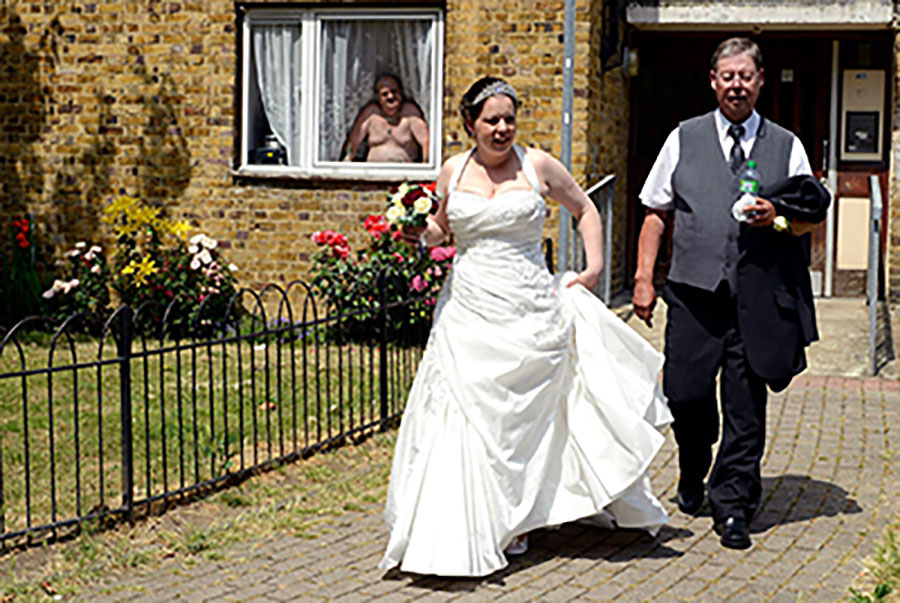 Just what you need in the background when you exit

Photo by Surrey Lane wedding photography – We were catching the bride coming from her house ready for her marriage and the chap in the flat downstairs thought it would be good to have a look out of the window hahaha. 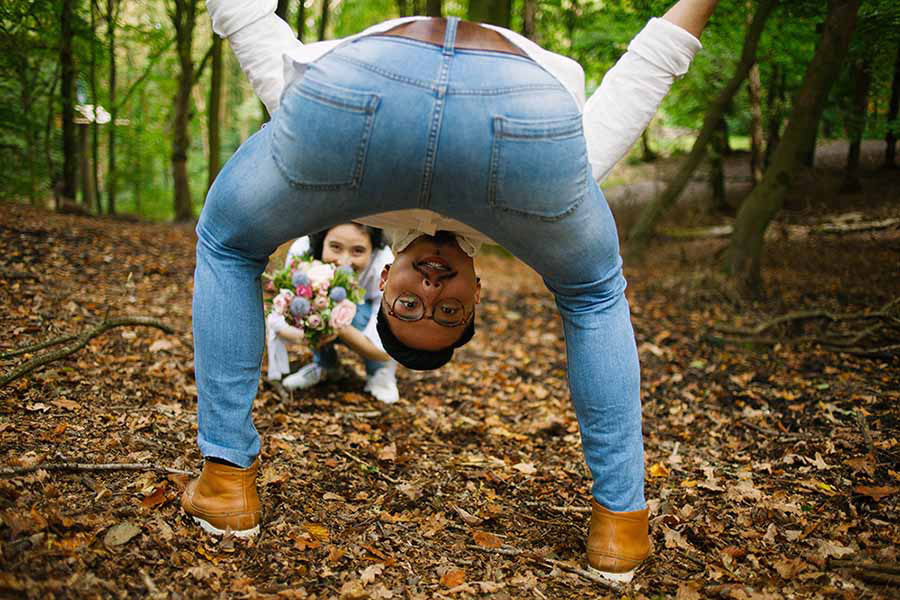 Photo by Nina Pang Photography – Chung and Stephy got engaged and wanted to get some engagement pictures done. They didn’t want to do a formal shoot and wanted pictures that can tell their personality. We decided to do it in Heaton Park and had a fun, relaxed shoot where they were running around in the wood like big kids. 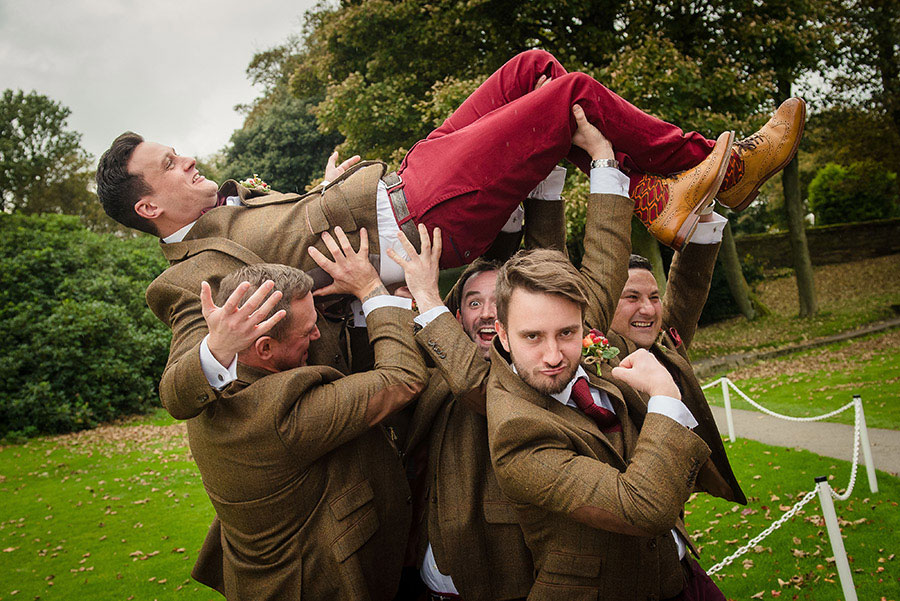 The Groom gets a lift

Photo by Elizabeth Baker Photography – From the word go, these groomsmen were up for a laugh. The poor groom didn’t stand a chance when they decided to pick him up. The best man’s face just makes it for me! 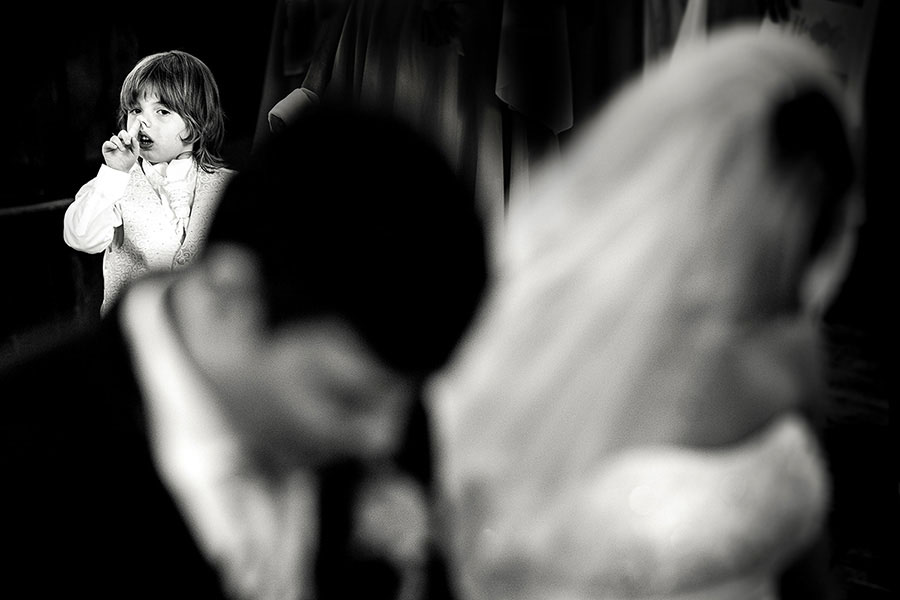 Photo by David Stubbs – This was a church ceremony, and the vicar had asked me to stay in one place through out ‘Do not move!’. I didn’t, but I couldn’t get a clear photo of the bride and groom’s son, until they knelt down to prey, revealing their son, picking his nose. 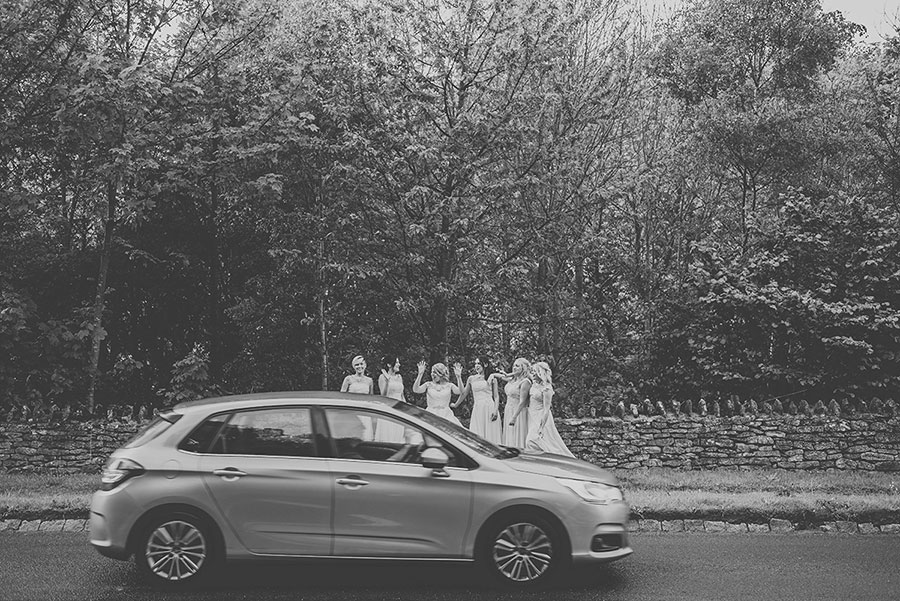 Wave at the nice man in the car

Photo by Atken Photography – Perfectly timed from the busy A64 road to Scarborough close to the reception venue. Although we timed other shots perfectly this one made the Bride and Bridesmaids chuckle.

Photo by Andy Li Photography – This photo was taken when the groom was getting ready at Pimhill Barn in Shropshire. Obviously I had to take a photo first before pointing out they were in the wrong toilets! 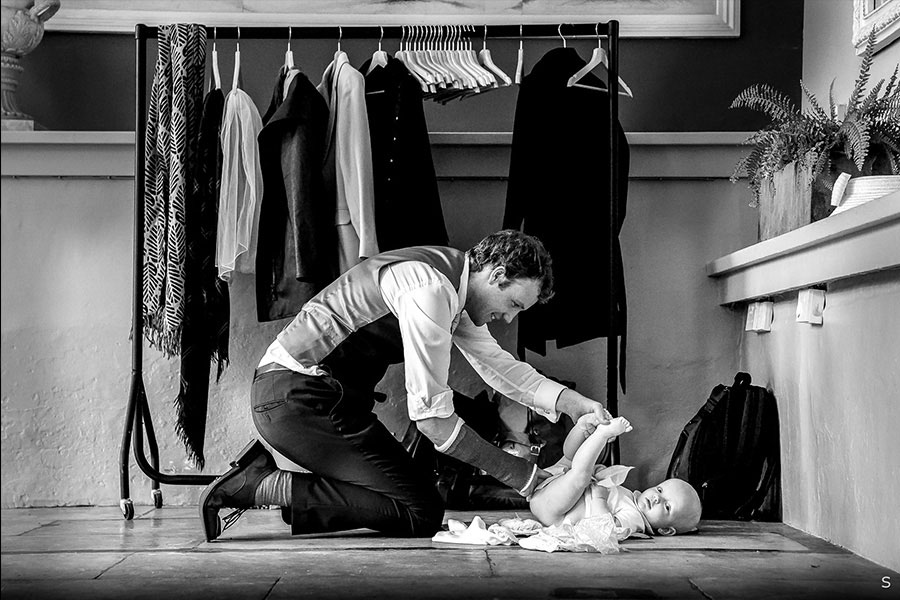 There is never a break from the kids

Photo by David Stubbs – I was sat in the back room eating my supplier meal. Dad who is an usher, comes in holding his baby, broken arm, and starts to change babies bottom in the corner. I have young kids and can relate to this, it never stops! There is never a break! 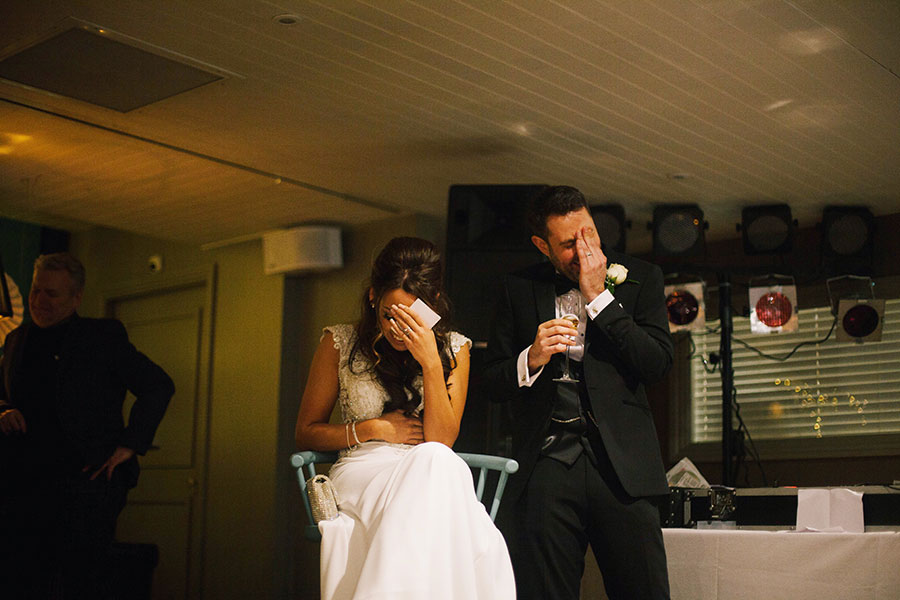 Photo by Nina Pang Photography – This picture was taking in Kingstreet Town House at Jen & Jonny’s wedding during the speech where one of the ushers revealed some embarrassing moments of the couple. 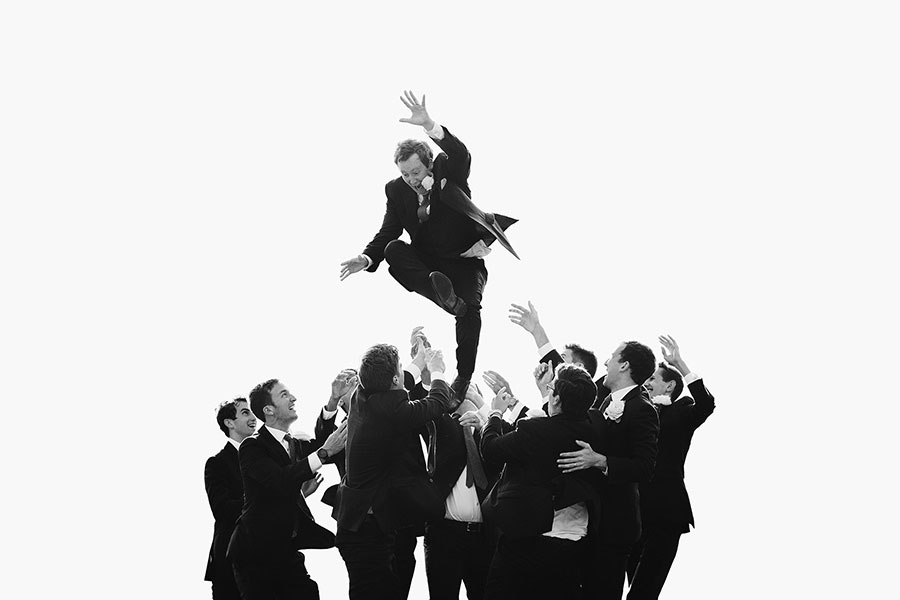 Photo by Aaron Storry Photography – It was one of my final weddings for 2017, deep into Autumn – and the light was it’s usual gorgeous haze that you tend to find in the UK an hour or so before it begins to settle below the horizon for that time of the day. We had just finished shooting the group shots (or as my American friends call them ‘formals’ ) and the guests were enjoying outside entertainment and drinks, when I heard the jovial shouting of groomsmen from the other side of the field. I ran over to witness the boys tossing the groom high into the sky! Getting into a slightly better position I encouraged the antics and continued shooting! This is the result; Sam, being hurled high into the air by his best friends! 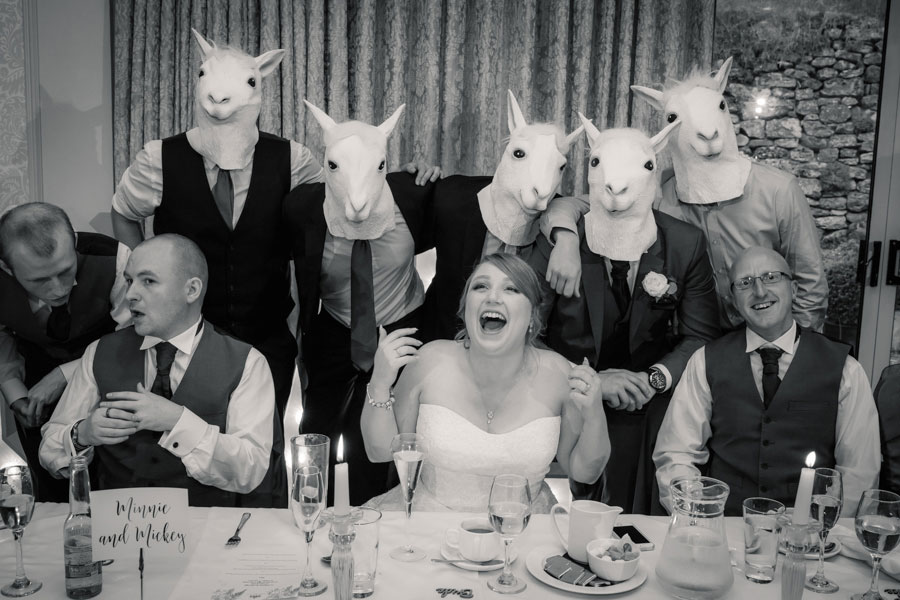 Photo by Becky Harley Photography – This is a photograph from Claire & Dale’s wedding in July 2017 at Wentbridge House. During his Father of the Bride speech, Claire’s dad related an anecdote about when Claire was little and had an encounter with a llama which spat on her (!) and surreptitiously several guests donned llama masks amongst the reception, and crept up behind her! I love this shot as Claire found it so funny! 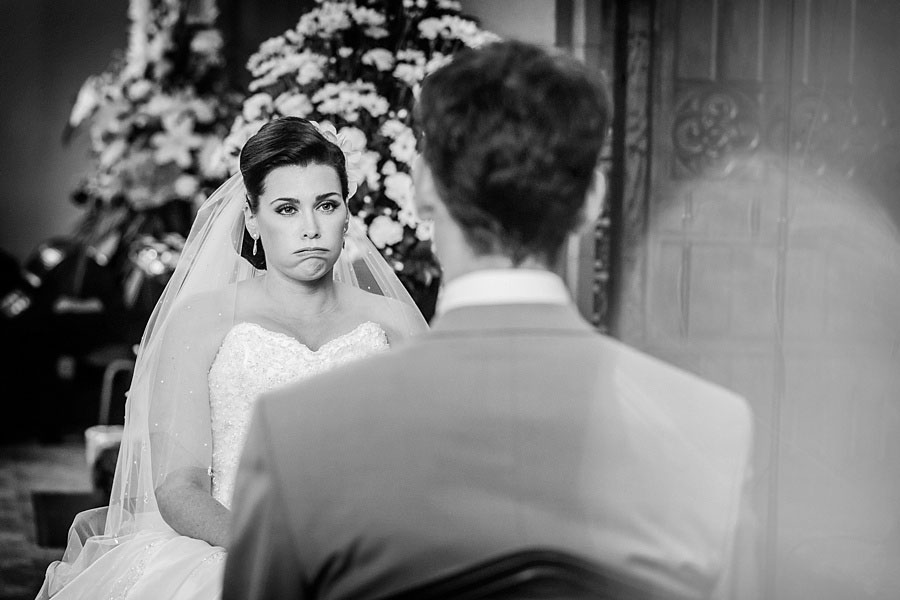 Photo by Mick Cookson Photography – Here’s Olivia on her wedding day. The ceremony was dragging on a bit…

Photo by Jordi Tudela – wedding of Jaume and Eulalia … lighthouse of sant sebastian, … disco moment, groom to fly! There are unrepeatable moments, expressions that must be immortalized. 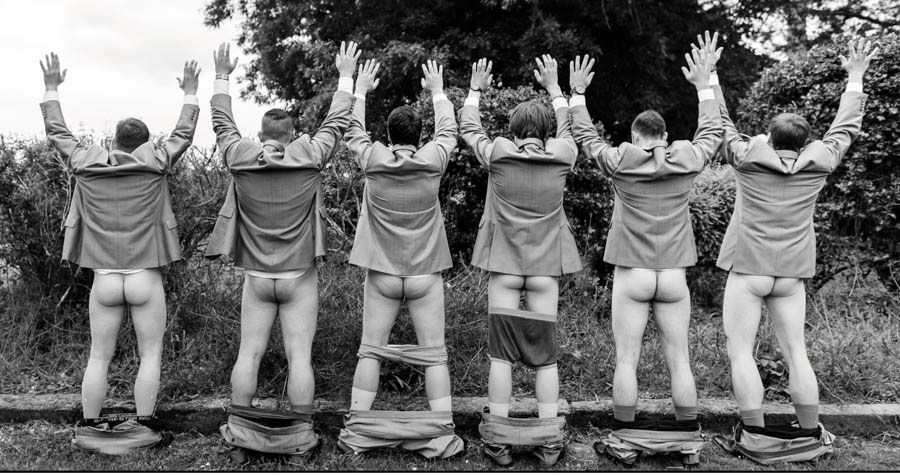 Til cheeks do us part.

Photo by Stunning Photography / David Gaffney – This always happens when my client is German.
I’ve even tried banning this photo with German clients by having it specifically
‘verboten’ in the contract but alsas nothing ever works.
The groom said ‘Vee Voods Likes too makes zee bottom photography SCNELL!!!’
I protested, pointing out the clause in our contract, but before I could finished I was slapped across the face by the grooms black leather glove.
‘SILENCE’ he shrieked, before fixing me with a cold, hard stare through his monocle.
I hope you all enjoy looking at the photo. I however still wake up in cold sweats each night. 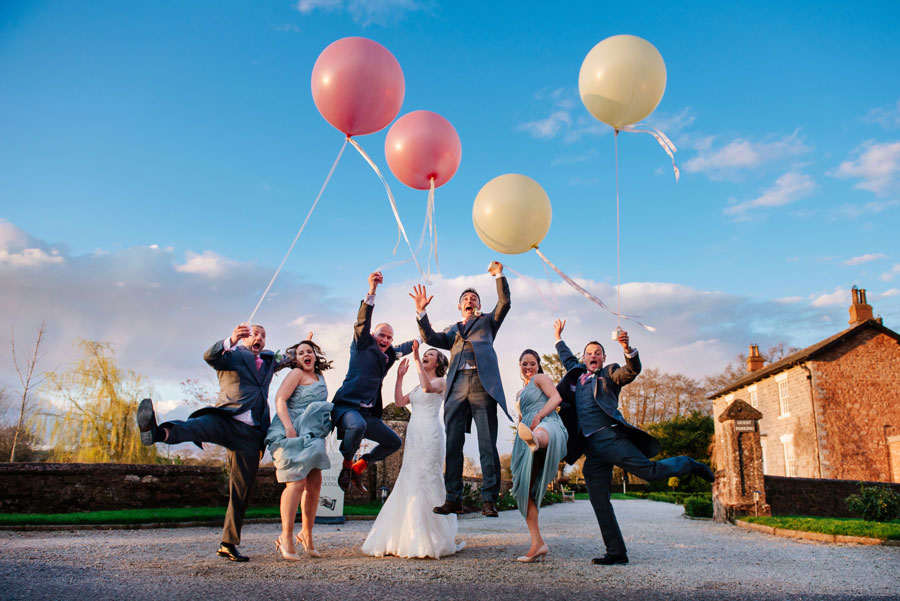 You Lift Me Up

Photo by Fiona Walsh Photography – I just love having fun with the bridal party. We saw the last few moments of daylight happening, and we had some mega balloons, there were so many outtakes and we had heaps of fun with it.

Photo by Nabis Photographers/ Massimiliano Magliacca – I was in Rome, in a beautiful venue called castello di Torcrescenza .
The bride and groom were dancing and there were a lot of lights from the dJ.
I took this photo when the light met the groom’s eyes , making him look like an UFO! 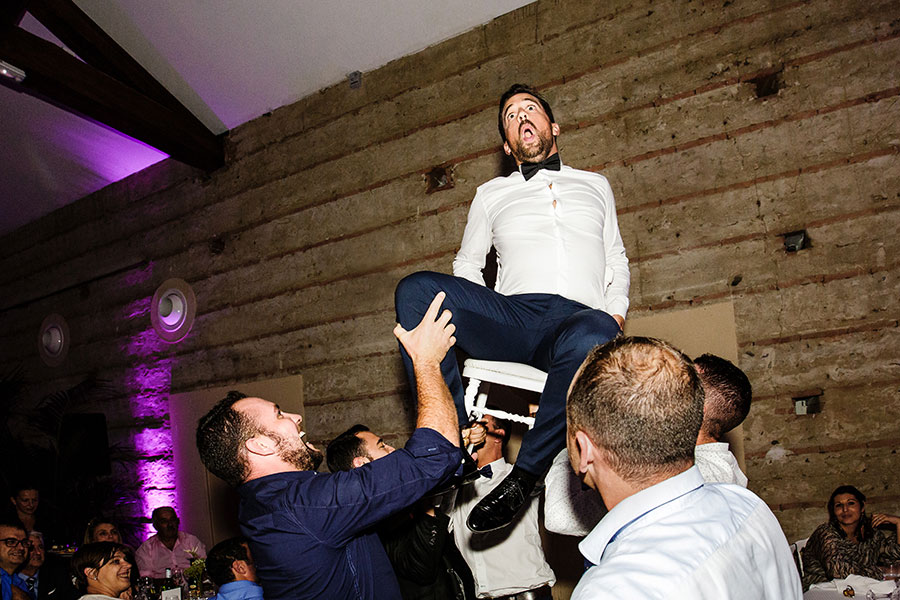 Photo by Vibrancephoto / Sofiane Bensizerara – This photo was taken during the party at Elodie and Matthieu’s wedding near Toulouse, south western France. 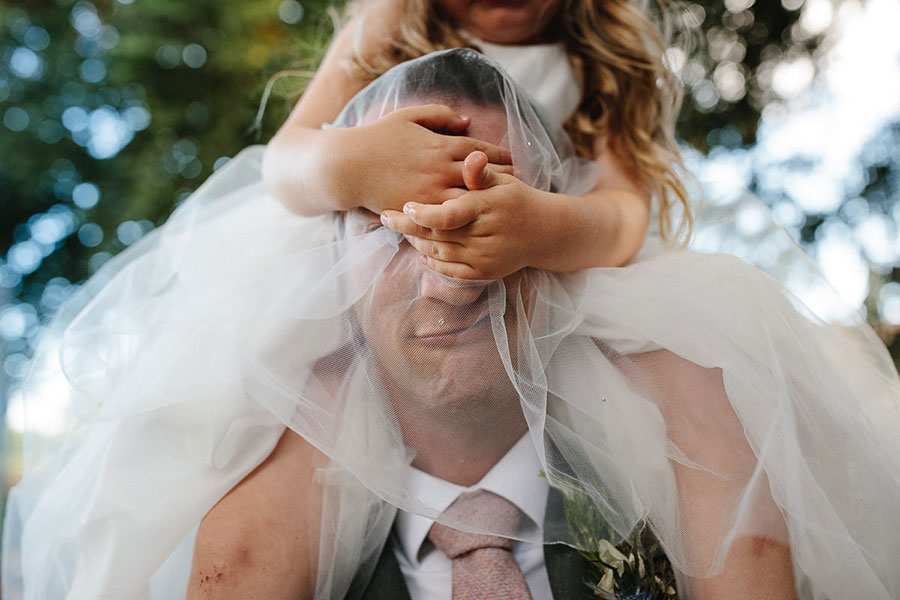 Photo by Voyteck Photography / Wojtek Chrapek – I was busy taking group photos when these two were playing next to me. I kept checking them out as I had a feeling a great photo opportunity will arise. Second time I looked and She was on his shoulder squeezing his face. One of my very fav photos ever! 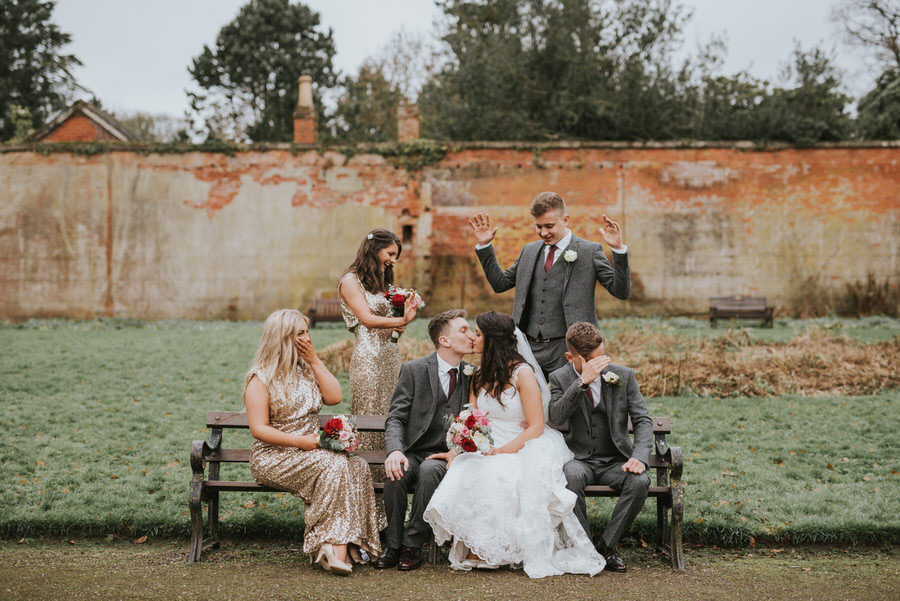 Photo by Pure Photo N.I – This photograph was taken during Carly & Alex’s recent wedding in Belfast at one of Northern Ireland’s most historic park Sir. Thomas & Lady Dixon Park. 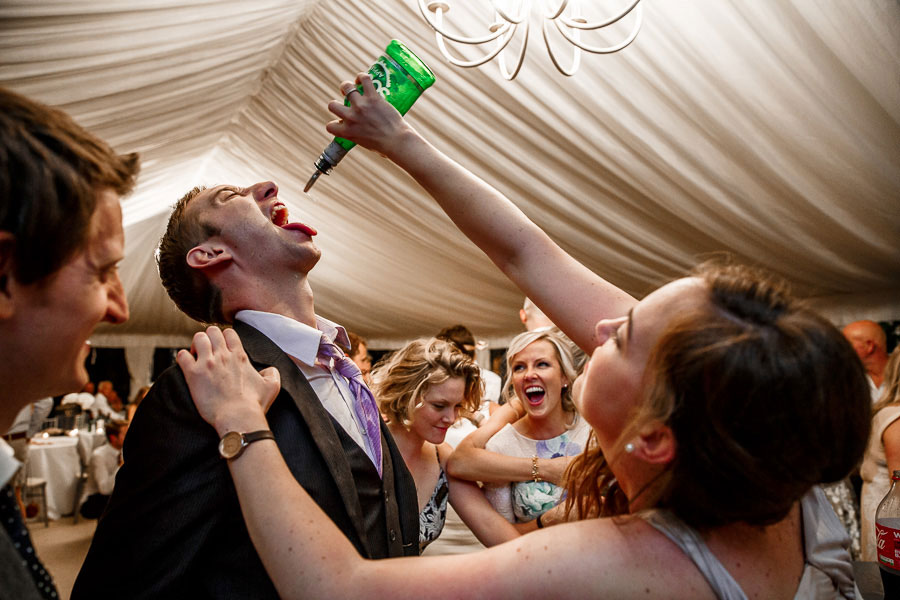 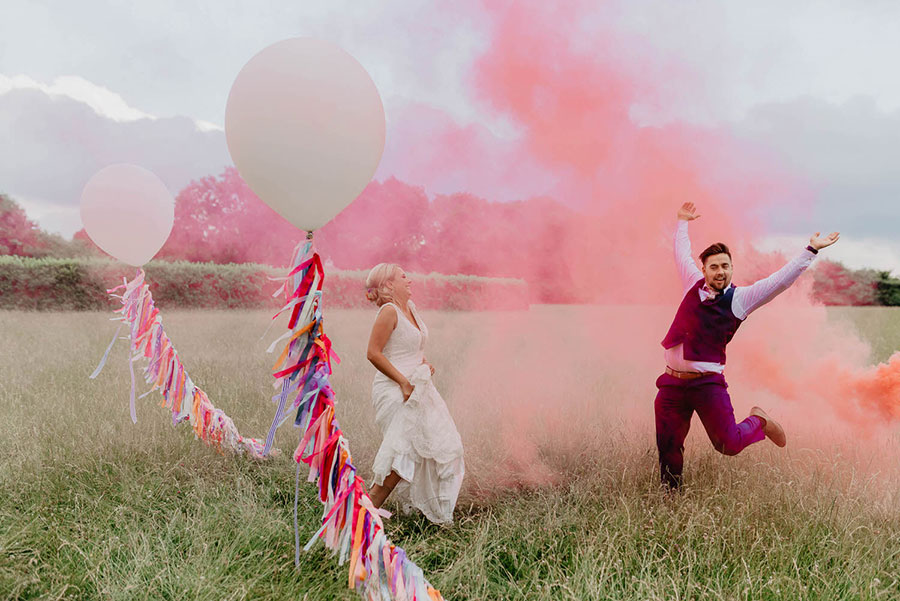 Fun at the Fair

Photo by Kelsie Low Photography – This photo of Jade & Chris was taken on their wedding day at Old Brook Barn in Essex. They had an amazing fairground themed wedding and so of course for their photographs I had to bring out the smoke bombs and encourage them to let their hair down which they gladly took in their stride! We had so much fun – your wedding day should be about nothing more than having the absolute time of your lives! 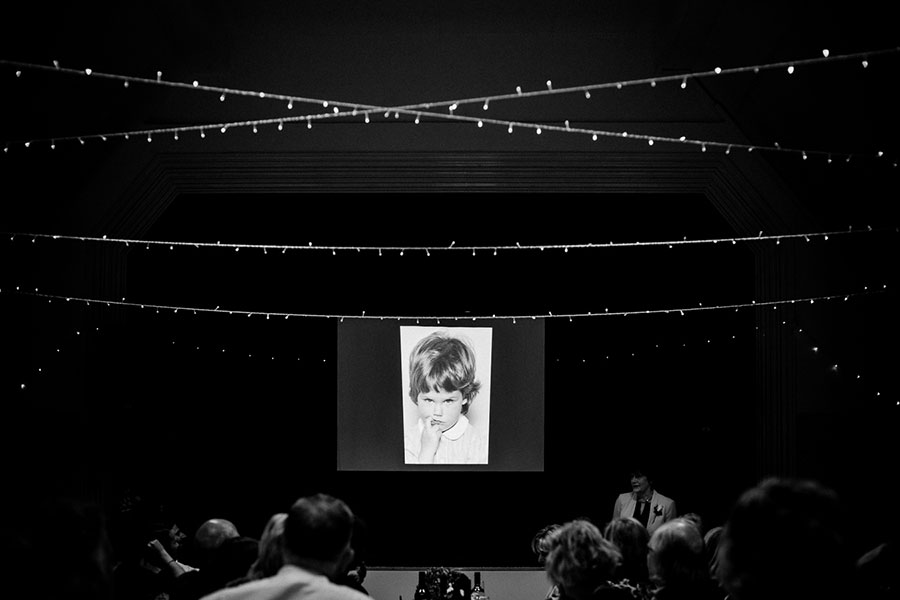 Photo by Tony Hart Photo – During the speeches, Rachel’s Mum talked about how her daughter had never really liked having her photo taken. She used this gem to illustrate her point! I love the composition, the heads of guests watching on and the fairy lights framing the top of the scene. 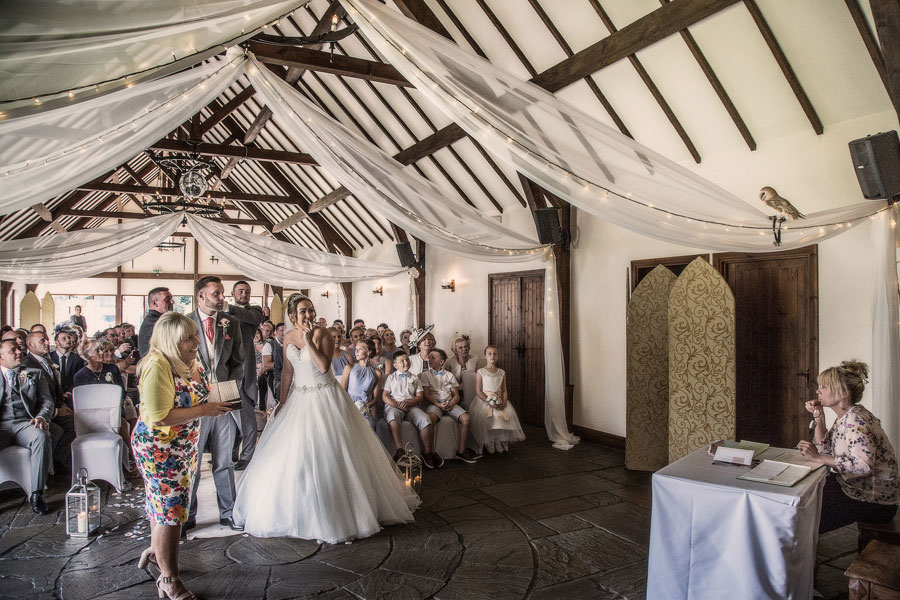 Photo by Christian Allen Photography (photographer: Christian Allen) – This photo was taken at the Great Hall at Mains in Poulton, Lancashire last year. This is the first time, in all my years of trading, that I’ve covered a wedding service that involved an owl delivering the wedding rings to the front. Anyway, for me, the photographer, it couldn’t have gone any better as the owl decided it didn’t want to play ball and would prefer to stay up in the rafters instead with the rings!

Love this photograph as there is just such a lot going on in it, with every person captured in it having an expression to add to the photo. How I hope I get another wedding service that involves an owl – photographer’s dream …
CA
p.s. eventually the owl was coaxed down and a wedding did take place! 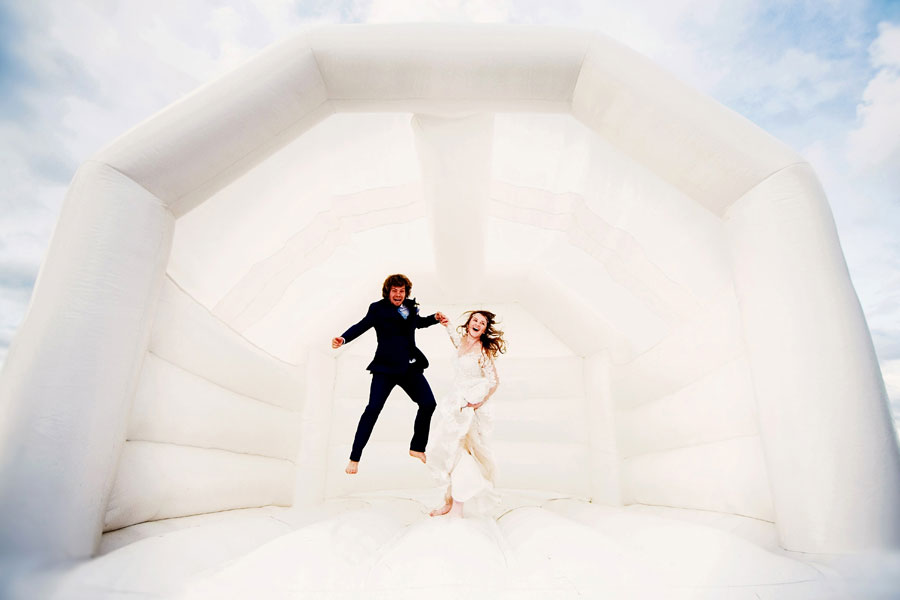