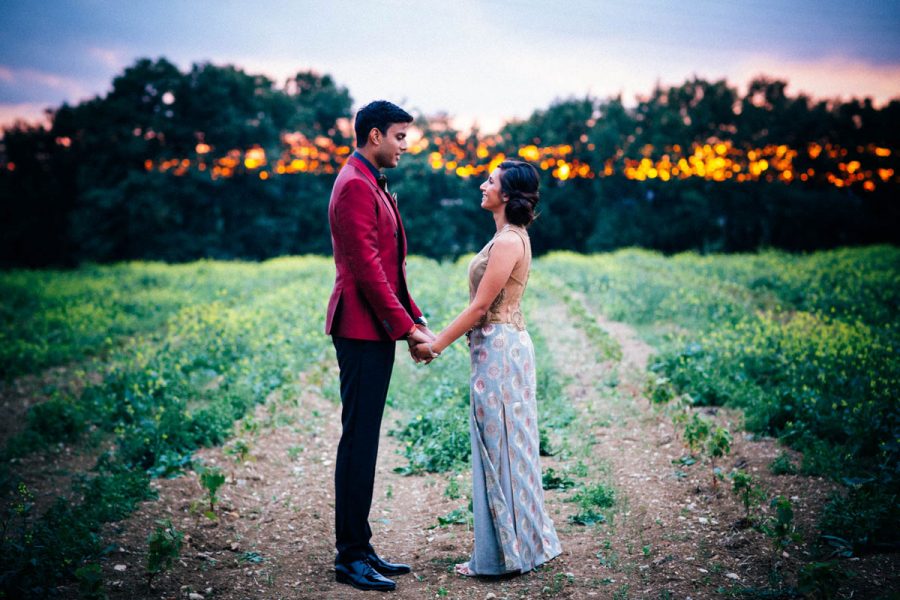 This is one amazing wedding in South West France captured by John Armstrong-Millar.

The guests arrived from Four Continents India, America, Europe & Africa to this amazing 3 day event set in the heart of Armagnac country in South West France.

Kavi & Reshma based in London had a traditional Indian ceremony in the grounds of Vie de Château which was held under the summer evening skies of France.

The whole event was organised by Marrymeinfrance. The planning for this event was awesome not only were there 250 guests but each stage of the wedding had to be carefully “choreographed” around auspicious times of the day and evening. Beth and her team at Marryme pulled it off with aplomb, and I can only say that it was one of the most romantic and emotive ceremonies I have had the pleasure of shooting.

The Photographer
As I’m based in France I’m perfectly placed to cover these fantastic wedding events. The summertime sees me travelling around the South of France from Avignon to Angouleme or Bordeaux to Biarritz it’s certainly not a chore in the winter I’m working on other projects either here in France or travelling to interesting destination weddings such as Vietnam or Cuba to shoot images for my gallery – www.galerie-samedi.fr.