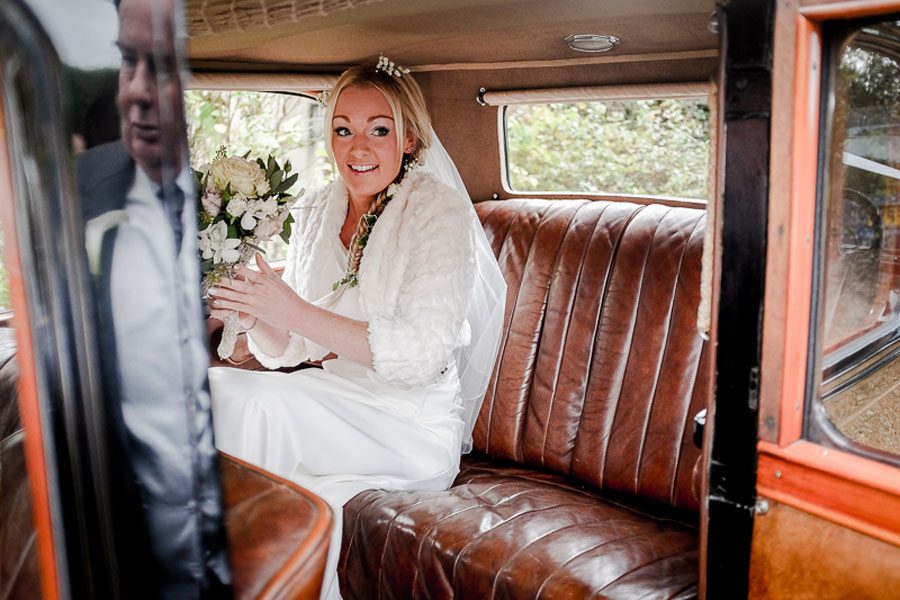 About the couple
Sarah & Kane first approached me back in February 2014 and asked if they could hire me document their wedding day planned for November of 2014. As soon as I learned that they were tying the knot at Christ Church in Derry Hill, Calne in Wiltshire and were then moving onto their reception at the Bowood House Estate, with Sarah also specifying that she would be getting ready at the stunning Queenwood Lodge, It was only ever going to be a yes from me. The reasons for my initial apprehension was that I don’t usually cover weddings as far into the winter as November. As I am a natural light photographer. But I was pleased I did as the autumnal tones were still present and the available light was still just about right for me.

How the day went
I started the day with some unconventional ‘Groom prep’ photography. Capturing Kane and the boys getting ready at their home. The excitement of the impending wedding had obviously caused a bit of a sleepless night for the boys as there were some bleary eyes when I turned up at 8am. But that was soon rectified with a round of strong coffee and bacon sandwiches.

As soon as the boys were in their suits and making their way to the pub for a pre-wedding pint I jumped into the car to do the 10 minute journey from Sarah and Kanes home to Bowood House, where the ladies were getting ready in the beautiful Queenwood Lodge, for some bridal prep shots.

Sarah, being fashionably late by a good 20 minutes, but made up for it by arriving at the church in a wonderful, classic, Austin Six. The weather, which had been quite kind up till this point, decided to treat us all to some light drizle. But it didn’t dampen the mood.

Christ Church in Derry Hill is a magnificent example of a parish church. With red carpets, stained glass windows and plenty of Oak trimmings it all felt very Regal inside. And thoroughly enjoyed documenting the service.

The wedding party then made their way back to the magnificent Bowood House Estate where the reception was being held in the Hotel and Country club.

The Photographer
I have been a pupil of photography since my father handed me a Kodak Instamatic when I was four years old. I was brought up on film. Having every stage my life documented. I owe everything I know about the art to my father and his obsession with photojournalism.

In 2009. Disillusioned with life in engineering. I realised I was none of the things I had been trying to do for living all my working life. I was a photographer. With a particular fascination with documenting people too. So I made plans to set up my own documentary wedding photography business.

Style
I am a photojournalist. So it comes as no surprise that I shoot a wedding in a purely documentary style. I love people and the way in which they interact with one another. Shooting weddings gives a photojournalist everything he or she could ever ask for. A whole spectrum of emotions. Happiness, laughter, fun, reflection and occasionally some tears. These are by far the best way to capture your most cherished memories. They remind you of how you felt as well as where you were.

What I loved about this wedding
Sarah and Kane are one of the loveliest couples I have worked for. They are both extremely fun loving and laid back. They embraced their wedding day with a total commitment to fun and happiness. Making my job an absolute joy.