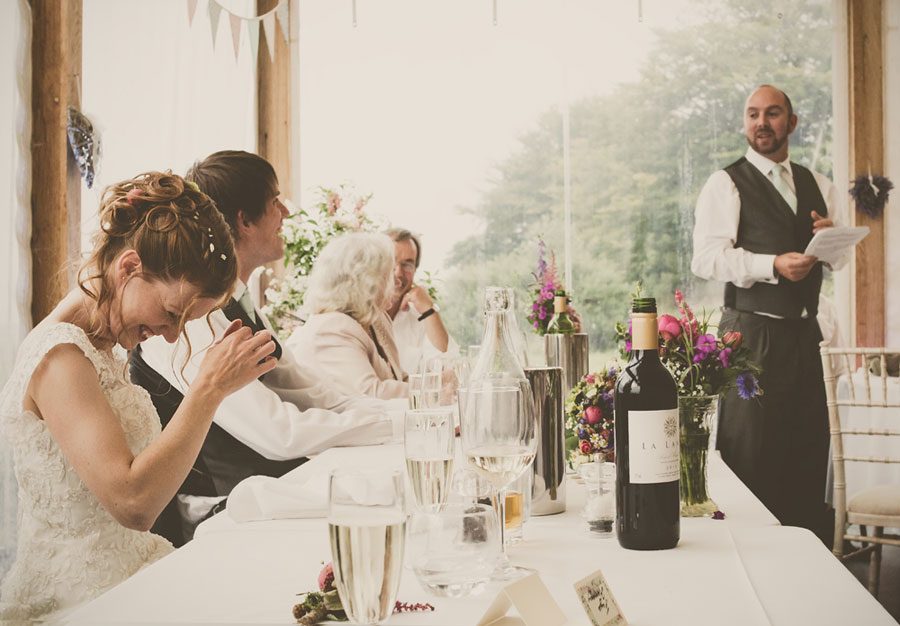 The couple
Rachael and Luke met 6 years ago and after just 6 months together they decided to travel the world. They had an amazing 7 month long adventure and knew they had found the one! Three years later Luke proposed before the birth of their daughter Faye. They decided to hold off the wedding for two years so that Faye would be old enough to be a central part of their day and she certainly was!

The Day
The weather had been terrible with heavy rain the day before and also on the morning of the wedding but fortunately it cleared, just as Rachael was due to leave for the church. We had a window of approximately four hours where we were blessed with beautiful sunshine before the heavens opened again just before the speeches!
For Rachael and Luke’s theme, they combined their travel around the world together (their table plan was a map of the world with each table named as a country that they have visited) with their love of the outdoors, opting for garden/wild flowers in pretty pinks and purples mixed with wild berries.

Do tell us a little bit about yourself
I have been taking photography seriously since 2008 and come from a fine art background. I started my wedding photography business in June 2014 when an old work colleague asked me to photograph her wedding and I haven’t looked back since.

In February I was delighted to discover I had been nominated a finalist in the South West Wedding Awards 2015 under the new business category. It was a very exciting time and although I didn’t win, the whole experience has been a positive one and resulted in a number of bookings! I gave up my day job in May to concentrate on growing my business and I am very much looking forward to the future.

How would you describe your photography style?
I would describe my style as contemporary documentary, aiming to capture the day as naturally as possible. I don’t like to pose couples; I think it’s important to give them space and let them be themselves. More often than not, you’ll get far better results that way.

The details of the day are really important. There’s such a lot of preparation and thought that goes into planning a wedding and I like to photograph all of those aspects for the client.

What did you love about the day?
Faye (Rachael and Luke’s little girl) and the other children were great and certainly generated a smile or two, especially when they were racing up and down the aisle during the service! Fantastic!