Wedding Photographers - How have you been affected this year? Take our 2021 Industry Survey here.
Home / For Photographers / 13 Inspiring TED Talks on Photography Worth Watching 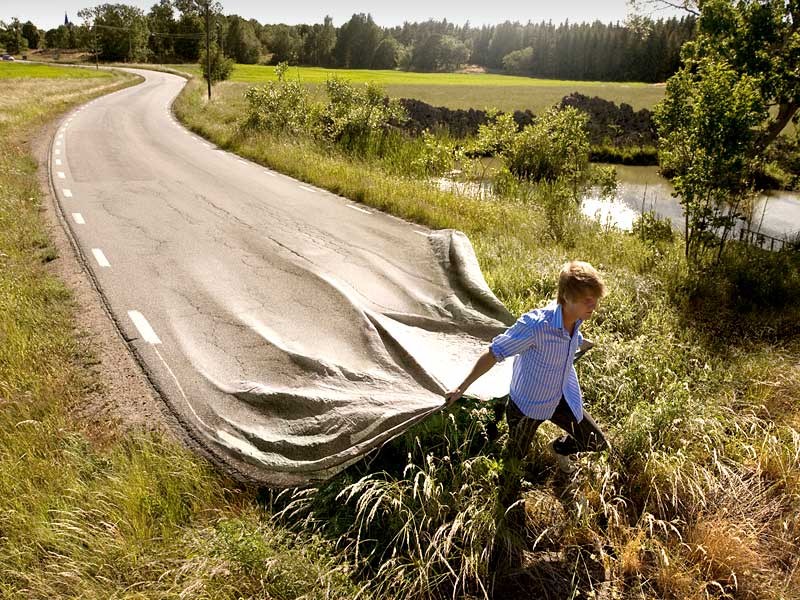 Most people know what TED talks are. Standing for Technology, Entertainment, Design, these talks nowadays offer audiences ideas and perspectives on multiple subjects. It has also gone global and has opened up for the world.

Must watch Videos for Wedding Photographers

One of the niches TED has explored, is photography and here is our round up of 13 TED Talks on Photography Worth Watching and gathering good vibes and inspiration from.

Erik Johansson creates realistic photos of impossible scenes — capturing ideas, not moments. In this witty how-to, the Photoshop wizard describes the principles he uses to make these fantastical scenarios come to life, while keeping them visually plausible.

2. Rick Guidotti: From Stigma to Supermodel


Rick Guidotti has worked for various fashion magazines in New York and Milan, meeting beautiful people. He is an artist seeing art everywhere, not just on the cover of a magazine. Albinism captivates his attention and starts his own discovery of this genetic condition. The most usual depiction of of albinos disappointed him, and he wants to change the way people see albinos. He was invited to help create an exibition in the Smithsonian, to showcase the different children with health problems, but to create beautiful photographs of them.


Iwan Baan has observed the way the architecture shape the cities they can be found in. He shows the ways people have taken over cities that have started out perhaps with a completely different meaning. He lives on the move to catch the most amazing moments in life. Local architects in Caracas, Venezuela told him about an office building that has not been finished because of the economic situation. He clearly shows how people adapt to the environment, creating a living city.


Lakota is a name unknown to most people and Aaron Huey’s relationship with the name started out rocky, because he’s white. His photographs tell the story about life of those suffering from poverty and the imprisonment of Native Americans, various uprisings, battles and treaties. It is a harsh reality check for those who are not Indian, those, who have “taken the best meat”. He sees the Native American land as POW camps after the guards have left.

James Nachtwey was a student in the 60’s, highly influenced by the photography of the time. In 2007 he received TED Prize to tell a vital story to the word in the digital era. His story is about Extreme Drug Resistant TB or simply XDR-TB, incurable by most courses of treatment, and still mutating. He showcases people in the extreme crumbling of health this condition leaves them in. Nachtwey advocates for information and finding adequate treatment.

6. Taryn Simon: The stories behind the bloodlines

Taryn Simon captures the essence of vast, generation-spanning stories by photographing the descendants of people at the center of the narrative. In this riveting talk she shows a stream of these stories from all over the world, investigating the nature of genealogy and the way our lives are shaped by the interplay of many different forces.

7. Frans Lanting: Photos that Give Voice to the Animal Kingdom


Frans Lanting tells a story from an island not far from Vancouver. Jimmy Smith’s people call themselves the Kwikwasut’inuxw and they tell a story about how all animals are all the same on the inside, even though they are all different on the outside. The story tells about animals gathering together, shedding their outser shells and dancing together as one. But a human found them and laughed, because it did not understand. Lanting wishes to get under the skin by using his camera to re-unite the two worlds through the different animals he photographs.

8. Alec Soth & Stacey Baker: This is What Enduring Love Looks Like


Stacey Baker used to be a lawyer before she met Alec Soth. They became friends and started a unique photography project together. They wanted to see how couples meet, but Alec was more interested in Stacey herself and asked if she wanted to take part in the project. Alec realized that photographic love is much different than real love. Afterwards they shifted their focus on retired couples in Las Vegas.


Articulating that humans are not separate from nature is something that Camille Seaman’s photography of icebergs in Antarctica tries to achieve. She photographs icebergs as if they were her ancestors. She has maanged to catch different personalities of icebergs and show her audience that they go through a life-cycle just as humans do.


Paul Nicklen has worked in the polar regions and offers his audience a cross-section of his photographs, that express his love and respect for the polar life. He tries to put faces to environmental issues, showing different aspects of the eco-system. The most amazing story he remembers, is his time with Leopard Seals who are often misunderstood, because of their supposedly violent nature. Nicklen proved otherwise.


Sebastião Salgado was born in Brazil on a farm. He covered Rwandan massacre and it left him with no faith in human species and extremely sick. He went back to his family’s farm to get better and try to help save and re-new kne rainforest. Through his photography Salgado wants to show the audience how importat it is to stop destroying to build a human society.


Mac Stone says that since humans are visual creature, they teach each other what they know using what they see. He also knows that photography helps lessen the gap between science and images. He is still curious and filled with a sense of wonderment. He piuts the emphasis on the amazing places found in many people’s backyards.

13. David Griffin: How photography connects us

The photo director for National Geographic, David Griffin knows the power of photography to connect us to our world. In a talk filled with glorious images, he talks about how we all use photos to tell our stories.

Which are your favourite TED talks? Have we missed any form our list?